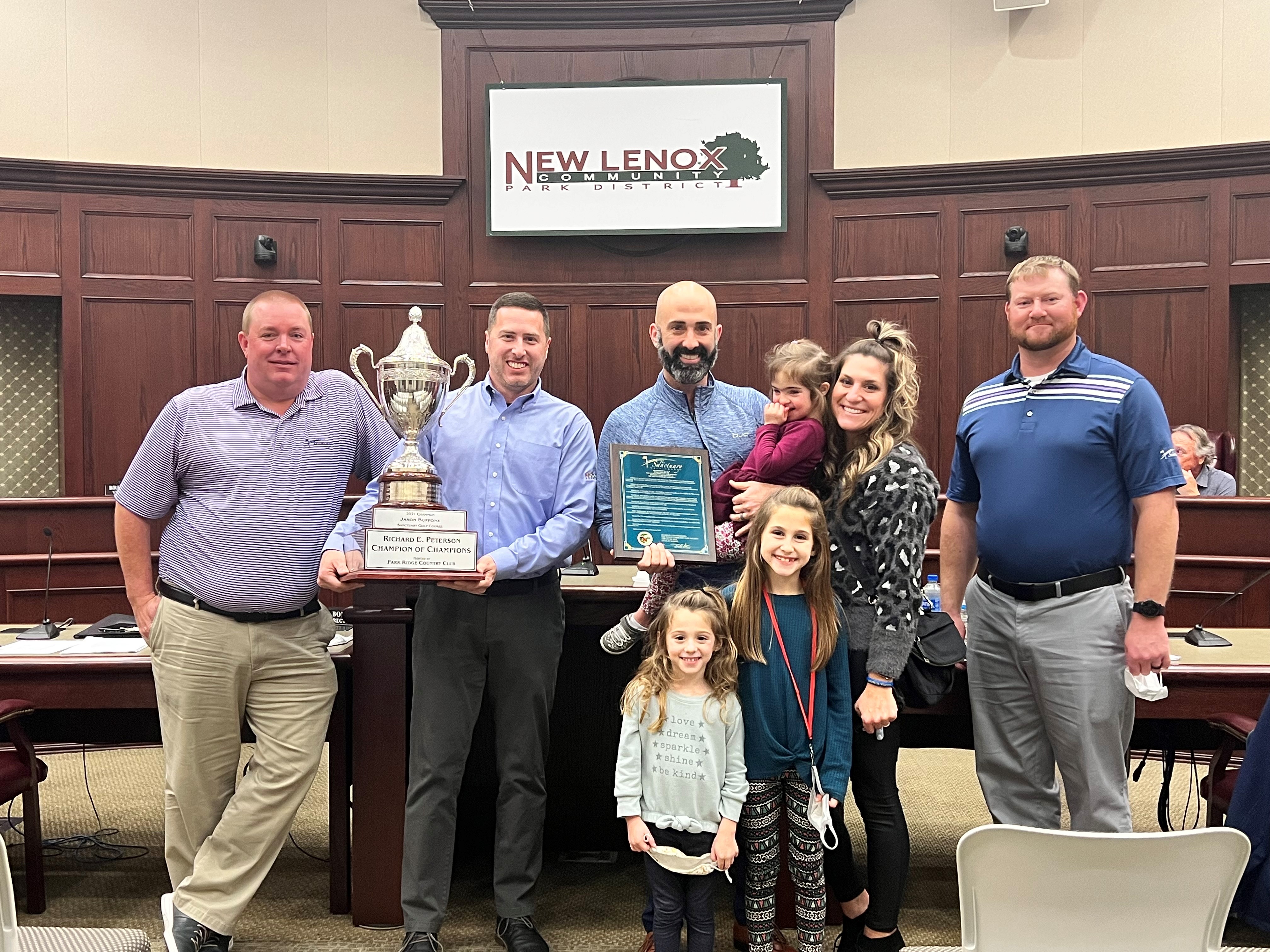 Jason made history becoming the first public course Club Champion to win The Champion of Champions Golf Tournament since its inception in 1933. “This championship means a lot, not only to The Sanctuary, but to the public image in golf.” Director of Golf, Bob Schulz, PGA said. “What’s really special about this, is it has been played 70 times and Jason Buffone is the first ever from a public golf course to win this Championship,” said Schulz. The Champion of Champions trophy will be displayed this year at The Sanctuary Golf Course.

Jason was the only player to break par in the highly competitive field of 69 golf champions from private golf clubs and select public facilities in the Greater Chicagoland Area, along with the CDGA Mid-Am and Senior-Am champions and winners of the past ten Champion of Champions tournaments.

The New Lenox Community Park District is proud to acknowledge the contribution made by Jason Buﬀone.  He was recognized by the Park District Board of Commissioners at the December 15 board meeting through a Resolution and plaque in his honor.