The New Lenox Community Park District Board Vice President, Brian Fischer, received the 2021 Citizen of the Year Award from the New Lenox Chamber of Commerce, at the Jingle and Mingle event, on Friday, December 3. 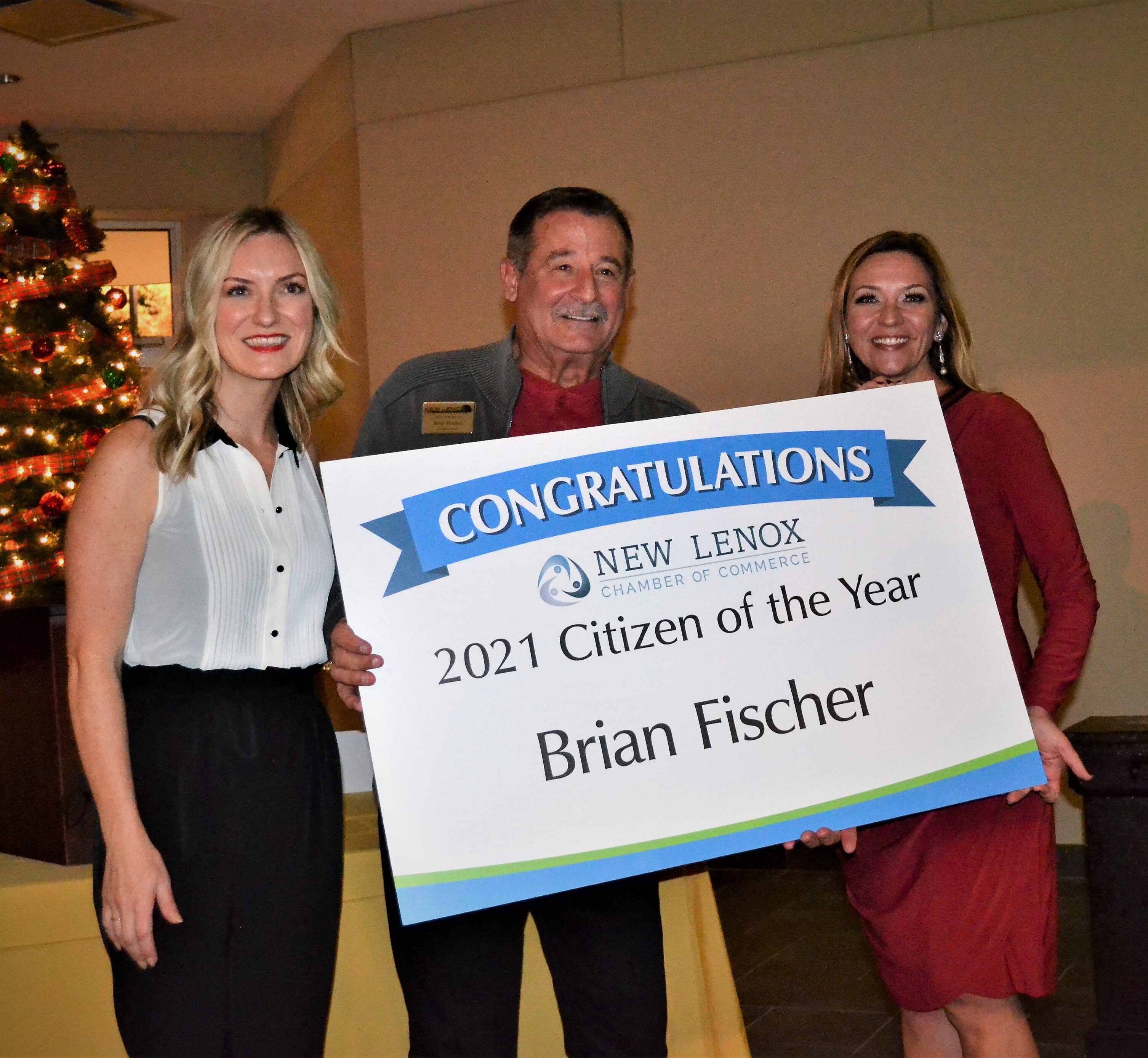 Brian joined the New Lenox Community Park District in 2003 as a commissioner on the Park Board. In 2004 he was voted to serve as the Treasurer and in 2005, his peers nominated him to serve as the Park Board President. He kept that role until 2018 when he was nominated to hold his current position as Park Board Vice President. Through his 18 years on the Park Board, he has been instrumental on attaining over $5.3 million in state funding for parks and facilities. Through the many special events and ribbon cutting ceremonies he has attended; Brian always provides outstanding support and service to the community.

Along with Brian’s commitment to the Park District, he also supports the community through the New Lenox Lions Club. He has been an active member since 1998 and has proudly supported their slogan of “WE SERVE.” The Lions Club provides many community events including Breakfast with Santa and the Lions Christmas Basket Program.

Since July 2019, Brian has served as a New Lenox Fire Protection District Board Commissioner. He is looking forward to participating in more of their community events. Brian is an enormous advocate for the Wreaths Across America project. He and his wife, Lori, annually attend this at the Abraham Lincoln National Cemetery to distribute wreaths to honor each veteran’s gravesite.

Brian is an incredible asset to New Lenox and embodies the “Proud American” mantra that exemplifies the quality of life in our community. It is an honor to see Brian receive the 2021 New Lenox Chamber of Commerce Citizen of the Year Award.